Why does the world hate the Jews? Why is anti-Semitism on the rise all over the world, and even in America? The Times of Israel reports as follows:

‘We saw anti-Semitism in Britain, we saw it in France, and now we see it’s spreading everywhere,’ says Malcolm Hoenlein, calling for global summit to combat the phenomenon. Stresses: ‘Any accusations that Trump is an anti-Semite are unfounded’

Perhaps, it is what is some refer to as the “controversy of Zion,” wherein Israel is made a “cup that causes reeling to all the peoples” and a “heavy stone for all the peoples”:

Zechariah 12:2-3 “Behold, I am going to make Jerusalem a cup that causes reeling to all the peoples around; and when the siege is against Jerusalem, it will also be against Judah. 3 “And it will come about in that day that I will make Jerusalem a heavy stone for all the peoples; all who lift it will be severely injured. And all the nations of the earth will be gathered against it. (NAS)

Zechariah 14:1-3 Behold, a day is coming for the LORD when the spoil taken from you will be divided among you. 2 For I will gather all the nations against Jerusalem to battle, and the city will be captured, the houses plundered, the women ravished, and half of the city exiled, but the rest of the people will not be cut off from the city. 3 Then the LORD will go forth and fight against those nations, as when He fights on a day of battle. (NAS) 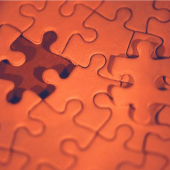